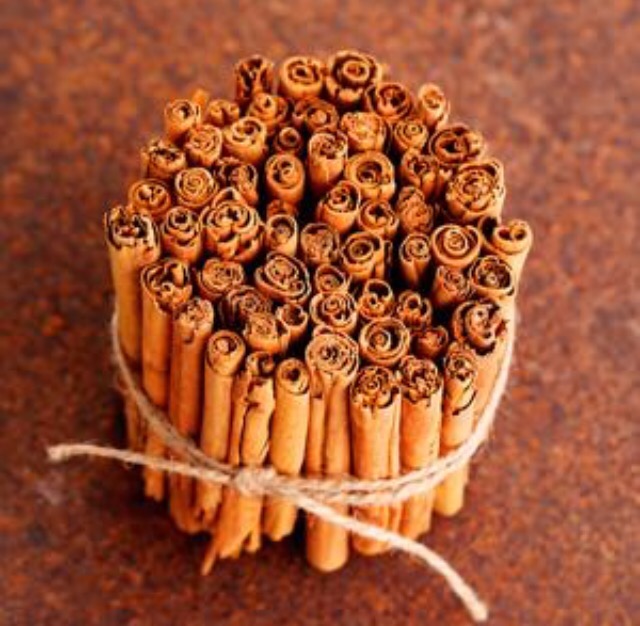 Welcome back to the snack hack series! Ranging from medicinals to mindset, as standard these posts will look to bring you a variety of holistic hacks you can implement simply and effectively  into your lifestyle.

Today I’m going to ask you to reach for the spice cupboard for that Crimbo favourite; cinnamon. Before you liberally add however, I want you you to double check the ingredient list as all is not what it seems with this super powerful spice.

Cinnamon is a spice that is made from the inner bark of trees called Cinnamomum. There are different varieties of cinnamon but two main types generally on offer to the consumer;

2. Cassia cinnamon: This is the more common variety today, what people generally refer to as “cinnamon.”

Cinnamon cassia is more common. It may already be in your spice cabinet, (it was in mine!). But Ceylon cinnamon is what is wanted for it health properties. It has a distinctive shape, lighter color, and delicate taste. It also has properties that contribute to many health benefits.

Ceylon cinnamon, is native to Sri Lanka and also known as Cinnamomum Verum or Mexican Cinnamonor (Canella). You may even see termed Cinnamomum verum; verum meaning true. It is sourced from the plant Cinnamomum zeylanicum.

Then there is Cassia cinnamon, which comes from a different plant called Cinnamomum Cassia (or Cinnamomum Aromaticum). It is also commonly known as Chinese cinnamon and is mostly cultivated in China and Indonesia.

While the two species of cinnamon share certain characteristics, their contents differ much in terms of the amount of coumarin found present within them. Coumarin is a naturally occurring substance with strong blood-thinning properties.

The coumarin level in Ceylon cinnamon is negligibly small, while that in Cassia cinnamon is a concerning 1200 times higher. The ingestion of large amount of coumarin or consumption of coumarin over a prolonged period of time can cause serious health damages and a negative impact on the liver and kidneys.

Both types of cinnamon have been studied for their health benefits. In a 2012 study published in the “International Journal of Preventive Medicine,” diabetic patients were given 3 grams of an unspecified cinnamon supplement per week or a placebo. At the end of eight weeks, the test subjects experienced improvements in blood sugar and triglycerides, and they lost weight compared with the placebo group.

As we can see from the above research,Cinnamon is a powerful natural blood sugar regulator. Cinnamonor does this by reducing insulin sensitivity. Insulin is one of the key hormones that regulate metabolism and energy use. It is also essential for the transport of blood sugar from the bloodstream and into cells. Cinnamon has been shown to both reduce fasting blood sugar levels also thus further reducing the risk of conditions such as diabetes.

In a 2012 review article published in “Diabetic Medicine” examined 16 studies of Ceylon cinnamon specifically. The researchers uncovered beneficial effects on diabetic complications, with no toxicity to the liver and kidneys. As already noted however, toxicity might be an issue for cassia.

Cinnamon is widely used to treat digestive disorders such as nausea, flatulence, diarrhea, appetite loss and indigestion. Additionally, cinnamon’s essential oils aid in the dissemination of food particles and stimulate saliva and gastric juices, which helps with most aspects of digestion and nutrient absorption. To avoid indigestion when eating acidic foods, consider sprinkling cinnamon over it.

In addition to its potential beneficial effect on glucose metabolism and body weight, Ceylon cinnamon also contains a large amounts of highly potent polyphenol antioxidant compounds. These are similar to the antioxidant compounds found in green tea and grapes. These antioxidants in cinnamon serve to both fight free radical damage and also have anti-inflammatory effects, which may help lower the risk of disease.

Cinnamon has also been linked with reduced risk of heart disease, the world’s most common cause of premature death. It reduces levels of total cholesterol, LDL cholesterol and triglycerides, while HDL cholesterol remains stable. Coumarin-free Ceylon cinnamon may also be beneficial to the liver, according to studies reviewed by “BMC Complementary and Alternative Medicine” in 2013, with no adverse effects to other organ systems noted.

Furthermore, Cinnamaldehyde, the main active component of cinnamon, may help fight various kinds of infection.Cinnamon oil has been shown to effectively treat respiratory tract infections caused by fungi. It can also inhibit the growth of certain bacteria, including Listeria and Salmonella.

And lastly, if you weren’t quite convinced enough, Cinnamon has been shown to lead to various improvements for Alzheimer’s disease and Parkinson’s disease in animal studies. Two compounds found in cinnamon appear to inhibit the buildup of a protein called tau in the brain, which is one of the hallmarks of Alzheimer’s disease. In a study looking at mice with Parkinson’s disease, cinnamon helped to protect neurons, normalize neurotransmitter levels and even improve motor function.

Cinnamon may exert estrogenic effects, so it should not be used during pregnancy or if you have a history of a hormone-related disease, such as breast cancer. As this spice may increase gastric secretions, use it cautiously if you have a history of peptic ulcers. If you have diabetes or take other medications, check with your doctor before heavily supplementing with Ceylon cinnamon.

Alrighty so aside from the above warning, I hope you’ve taken some useful tips on board. My final recommendation would be to switch sugar for cinnamon as it can add a lovely flavour to drinks and just about anything else. Ok, thanks for reading, please comment and share!