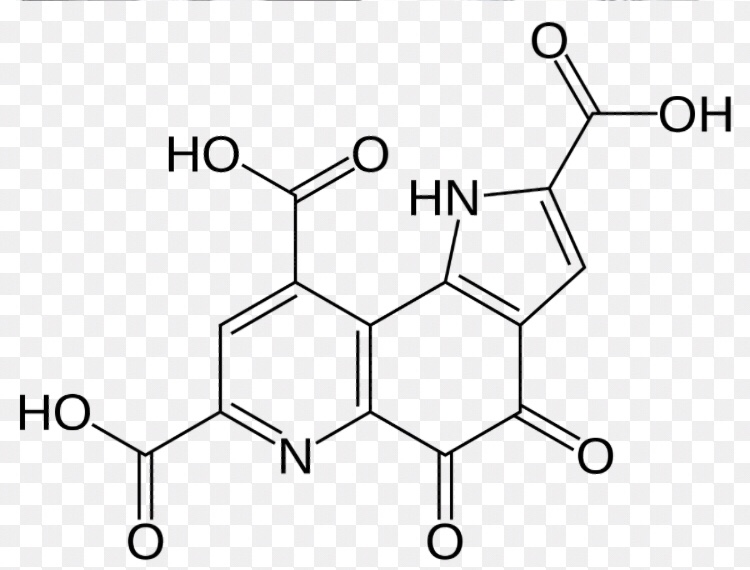 Welcome back to the What Supp Blog! As ever I’ll seek to explore some nifty little (but potentially actually pretty big) supplementations you can introduce to maximise your health and well-being.

Today’s post is going to be looking at the supplement that is widely known as PPQ. PPQ, or to call it by it’s official title; Pyrroloquinoline quinone, is a vitamin-like compound found in plant foods that is showing a wide range of benefits to brain and body functions.

PQQ was first discovered as a cofactor for enzyme reactions in bacteria where it serves a similar function to that of B vitamins for humans, turning food into energy.

A ‘cofactor’ just means that it helps enzymes accomplish their jobs. Enzymes are biological catalysts – substances that increase the rate of chemical reactions without being used up. However, today’s scientific consensus is that, unlike plants and bacteria, PQQ is probably not an enzymatic cofactor in humans.

Found in high levels in breast milk, PQQ is presumed to be a non-vitamin growth factor. We’ll now explore how this growth inducing quality manifests itself through the various functions of PQQ within the body.

PQQ works as an extremely powerful antioxidant decreasing inflammation and free radicals. PQQ actually blows other antioxidants such as Vitamin C, literally out the water, (there’s a joke about water soluble vitamins in there somewhere).

One study showed that healthy humans who took 20 mg of PQQ (for a 150-pound male) had a significant decreases in the levels of C-reactive protein (by 45% after 3 weeks) and IL-6, 2 key markers of inflammation. A lower dosage however didn’t decrease inflammation.

As we’ve seen, various urinary markers of oxidative stress are seen to improve with PQQ supplementation, which relates to Its impact upon building the density of your mitochondria.

Mitochondria are the organelles; tiny structures within a living cell, working to produce cellular ATP, or adenosine triphosphate. ATP is the resulting energy currency produced by your cells that keeps the body firing. So in a nutshell, all your cellular energy, or just your energy per say, comes from mitochondria, which are the batteries of each and every cell.

A study showed that deprivation of PQQ in rats and mice led to a decrease in mitochondrial density, which means that a deficiency in PQQ may be responsible for low energy levels.

PQQ not only protects mitochondria from oxidative stress, it also promotes the spontaneous generation of new mitochondria within ageing cells, a process known as mitochondrial biogenesis or mitochondriogenesis. This effect is a “fountain of youth” for mitochondrial function because as you age, the number and performance of mitochondria you have in your cells decreases, reducing your health and longevity

PQQ supplementation stimulates the production and release of nerve growth factors in cells that support neurons in the brain, a possible mechanism for the improvement of memory function it appears to produce in aging humans and rats.

You In fact PQQ has been seen to reverses cognitive impairment caused by chronic oxidative stress in animal models and improve their performance on memory tests.

CREB also stimulates the growth of new mitochondria and increases Brain-derived neurotrophic factor; BDNF. BDNF supports the survival of existing neurons, and encourage the growth and differentiation of new neurones and synapses. In the brain, it is active in the hippocampus, cortex and basal forebrain- areas vital to learning, memory and higher thinking.

Giving animals a diet deficient in PQQ limits growths and reproduction. One study showed that PQQ improves the reproductive performance of mice, as well as growth of newborn mice. Mice in the PQQ-supplemented group averaged 8 pups/litter, compared to 4-5 pups/litter in the PQQ-deficient group. This suggests that the mitochondrial health of parents has a significant impact on their offspring’s potential to thrive.

Get it in you

PQQ is found in mammalian tissues. In humans, tissue concentration of PQQ is thought to be around 0.8-5.8ng/g. Humans make 100 to 400 nanograms of PQQ each day, not a large amount. The science is not clear how humans synthesise PQQ. In bacteria, PQQ is synthesised from the amino acids l-tyrosine and glutamate.

PQQ naturally occurs in almost all foods, ranging from 0.19 to 61ng/g, but is especially concentrated in the following foods :

The PQQ content of even the most PQQ-rich foods is much lower than the amount you can get from a supplement (5 to 20 mg). PQQ is almost entirely metabolized before being eliminated.

Both the acid form and salt forms of PQQ, at the intestinal concentrations usually obtained following supplement use, are soluble and probably equally available (absorbable) by the intestine. Animal studies suggest that PQQ is reasonably well absorbed (50%), particularly at low doses.

In rats, 62% of PQQ was absorbed in the gut when taken with a meal. In rodents studies, PQQ is mostly (86%) eliminated 24 hours after ingestion. However, some PQQ residues remain in the skin and kidneys. I have heard some warnings about continued use of high dose supplements however, so go easy and look to cycle on and off every few days if you’re starting out.

Alrighty, well hopefully I’ve given you some insight into this impressive nutrient. I would always look to whole foods as my first base for the properties with isolated supplements, however, as PQQ is so impressive, it really could be worth giving a good quality supplement a shot if you need to increase your energy levels.